The Blocking Out Hunger Foundation kicked off 2020 with a bang, receiving a $5,000 grant from the NFL Foundation through its social justice grant directive. The grant, awarded on January 2nd, will assist Frederick in furthering his mission of providing hunger relief to in-need children in Dallas and its surrounding areas.

The NFL Foundation’s social justice grant program provides grant funding to nonprofit organizations whose missions are focused around social justice causes and have been financially supported by an NFL player. According to the NFL Foundation’s website, the grants are designed to reduce barriers to opportunity through a focus on education, criminal justice reform, poverty, racial equality, and many other causes.

The Blocking Out Hunger Foundation will utilize the $5,000 grant in support of Travis’ Pantries, which are food pantries installed within local elementary schools that provide students with access to fresh produce and other nutritional foods. The foundation also received a $5,000 grant in 2018 – the year the NFL Foundation inaugurated its social justice grant program.

Frederick enjoyed a strong bounce back year this season after missing every game last year while recovering from Guillain-Barré syndrome, playing in nearly every offensive snap. As a result, he was named to his fifth Pro Bowl. In addition to his on-field accolades, Frederick was also selected as the Cowboys’ team nominee for the Walter Payton Man of the Year Award for the second time in his career – an indication of the impact he is achieving in the community. 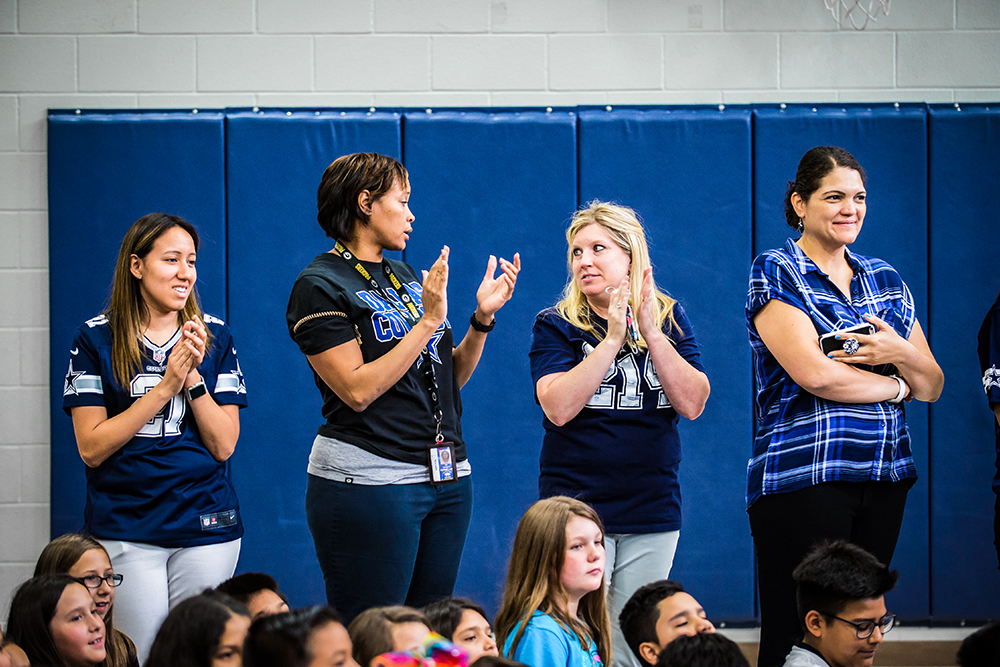