Travis Frederick’s Steak Out for Hunger 2019

During the event, Frederick spoke at length about his foundation and why his mission of providing youth with hunger relief is so important to him. A video exhibiting an interview with students, parents and faculty at Trinity Basin Preparatory – where the inaugural Travis’ Pantry was opened – illustrated both the need for this outreach and the impact it has already achieved. Over 70,000 individuals have received meals through the Blocking Out Hunger Foundation since 2016. 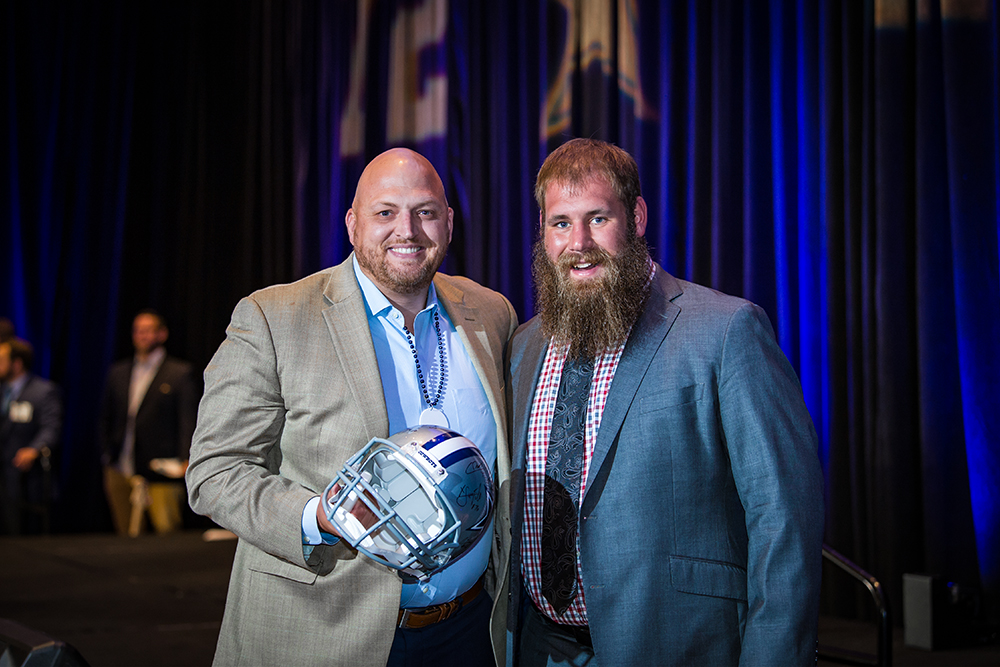 One of the ways the Blocking Out Hunger Foundation fulfills this mission is through the signature program ‘Travis’ Pantry.’ These branded food pantries provide students at Title I schools with ongoing nutritional meals. Three ‘Travis’ Pantries’ have been opened since 2017, with the third launched this past spring at Martin Weiss Elementary. Through the funds raised on Monday evening, Frederick will be able to unveil his fourth Pantry in 2020.

Ben Rogers and Jeff “Skin” Wade, hosts of 105.3 The Fan’s Ben & Skin, served as the event’s celebrity emcees and used the excitement and energy following the Cowboys’ hot start to the season to generate donations throughout the evening. Frederick’s teammates showed up in force to support their teammate in providing ongoing nutritional meals to Dallas-area children. Cowboys players in attendance included Dak Prescott, Jason Witten and Sean Lee.

Monday’s ‘Steak-Out for Hunger’ precedes Frederick’s Thanksgiving initiative of his ‘Nourish2Flourish’ program. Through ‘Nourish2Flourish,’ the Blocking Out Hunger Foundation is partnering with Fox Sports Southwest to hold a month-long fundraising campaign that will ultimately provide $20,000-worth of meals to elementary school students during their week-long Thanksgiving Break.