Congratulations on a Fantastic Career!
On Monday afternoon, Dallas Cowboys Center Travis Frederick announced that he would be retiring from football this offseason. The announcement comes after Frederick wrapped up another strong season on the field, making his fifth Pro Bowl and playing in every single game for the Cowboys.

Frederick’s seven-year career has featured many accolades, including making the 2013 All-Rookie Team, being selected as a 2016 First-Team All-Pro and getting voted into five different Pro-Bowls. He served as a model of consistency from 2013 through 2017, playing in 100% of his team’s offensive snaps.

In 2018, Frederick was diagnosed with the autoimmune disease Guillain-Barre Syndrome, a rare disorder that leaves some individuals permanently paralyzed. With the threat of losing the ability to walk – much less never playing football again – in front of him, Frederick demonstrated a massive commitment to beating the disease and continuing his career. In less than twelve months, he was back on the field for the start of the 2019 season, again playing in nearly all of his team’s offensive snaps. 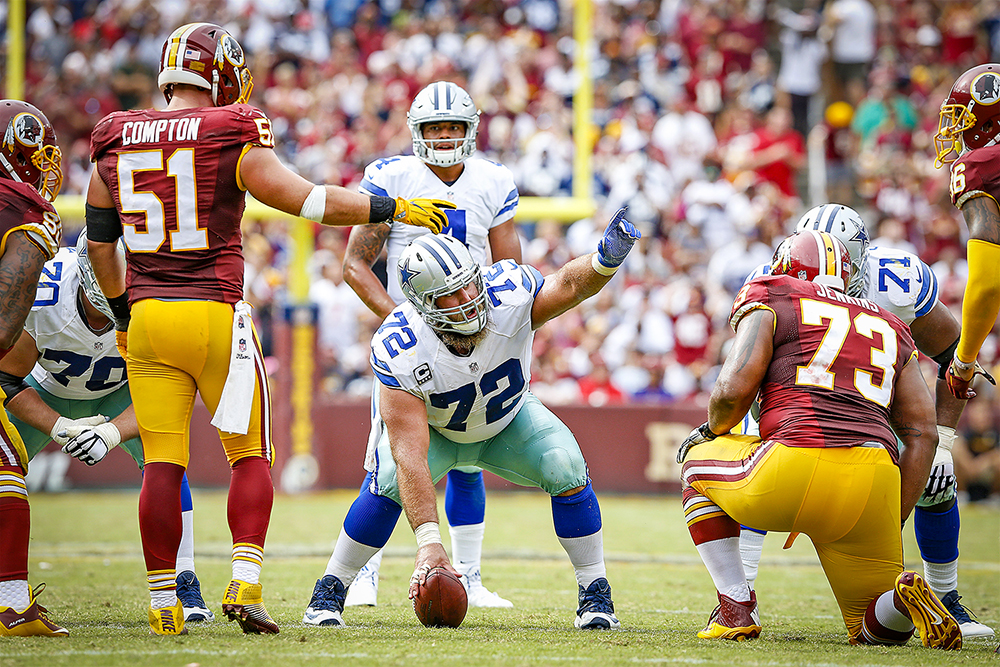 Community outreach has also been a staple of Frederick’s career, largely through his Blocking Out Hunger Foundation. With a focus on providing hunger relief to children in need, Frederick launched two programs – Travis’ Pantry and Nourish2Flourish. In the four years since starting the foundation, Frederick has opened Travis’ Pantries in four schools across the Metro Dallas area while simultaneously instituting four separate seasonal meal giveaways through Nourish2Flourish. These have achieved a combined impact of more than 70,000 children.

As a result of his commitment to community outreach, Frederick has twice been selected as the Dallas Cowboys nominee for the Walter Payton Man of the Year Award, occurring in both 2017 and 2019. Frederick also received Community MVP honors from the NFLPA during the 2017 NFL season. These awards serve as an indication of the impact Frederick has had on the Dallas community during his career.

The Blocking Out Hunger Foundation would like to congratulate Travis Frederick on an excellent career both on and off the field. Thank you for all you’ve done to help others and we wish you the best of luck as you begin your next chapter!